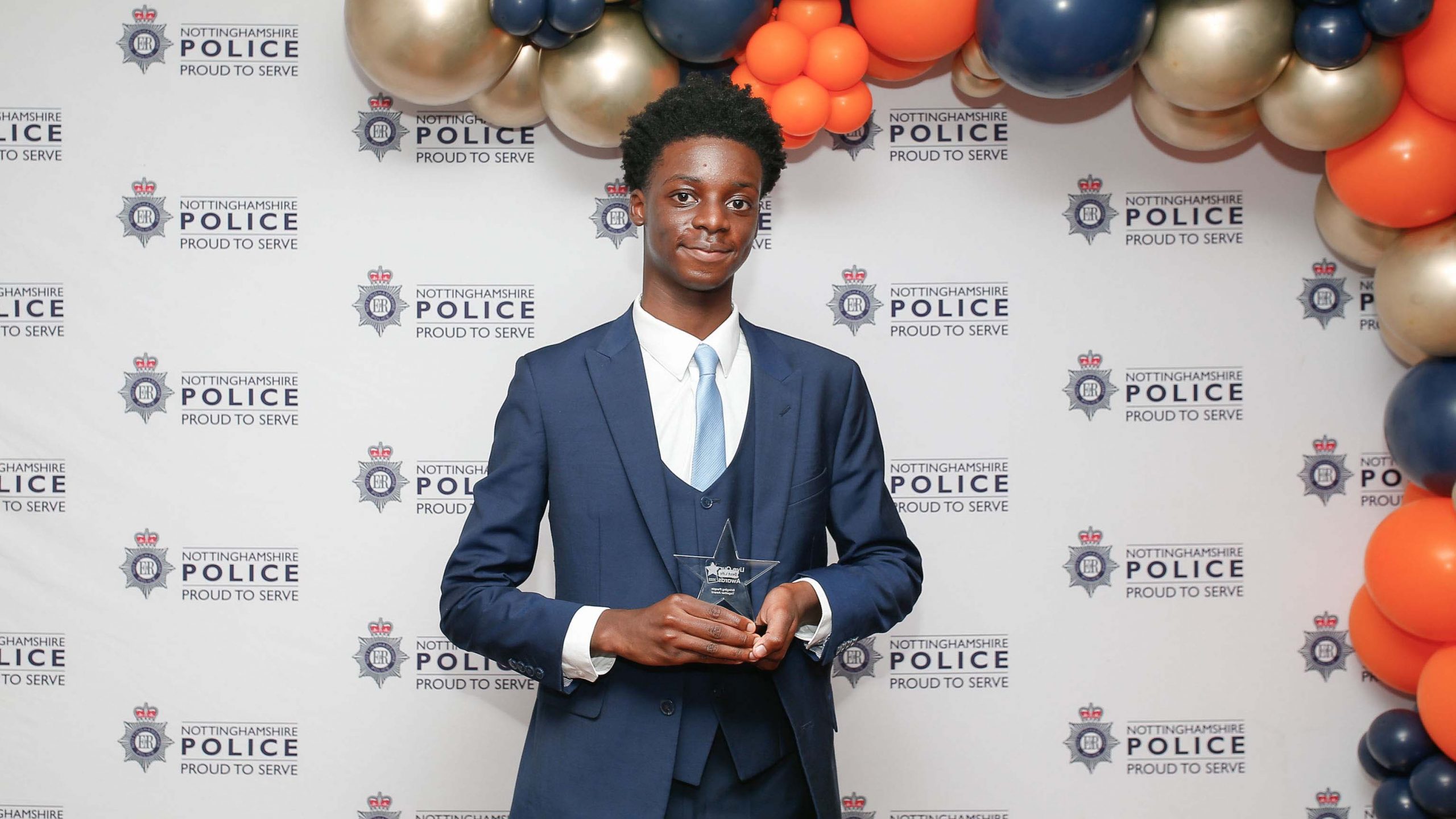 The Living Our Best Life Awards (LOBLA) organised by Nottinghamshire Police, celebrate outstanding young people throughout the county. We are delighted that Taona, Year 12 – known to many of us simply as T – has won the Bringing People Together Award.

T was nominated by his tutor for the central reason of his outstanding initiative in bringing his peers together to fundraise to provide healthcare equipment in Malawi and for arranging for a group to visit Malawi to deliver this aid. This enterprise has seen T in regular contact with the Malawian Health Minister! The award also recognises the strength of T’s commitment to fighting social injustice and his work in supporting others to live their best lives. In school, this is seen through T’s participation in and support for a huge range of activities, including drama and house competitions. He is a ‘buddy’ within our tutor set system and is regularly to be found in conversation with students from across the various year groups in the school, encouraging them and inspiring them to greater efforts. Beyond school, T is a Scout leader and volunteers weekly at a youth club for autistic children.

A lovely ceremony was held at Nottingham Forest FC to recognise the success of T and the five other award winners. The award winners were able to celebrate with their friends, families and supporters. T received his award from Baroness Lawrence and Rt Hon Stuart Lawrence, and the evening included live music, good food and a great deal of inspiration! T was characteristically impressive when a video interview with him, which was to be played just before his award was presented, failed due to technical issues. As a result, T was invited to stand up and say a few words, unscripted, which he did with great eloquence. We are so proud of him!

It was also great to hear T discuss his fundraising venture with BBC Radio Nottingham this week!

You can support the Med 4 Malawi fundraising here

Harriet Avison has recently joined Nottingham High School as the new Director of Finance and Operations, here we get to know her a little better. Tell us a little about yourself? I live in West Bridgford with my husband and two sons. I love all things outdoors (assuming I have enough duck down layers on) […]

Sam Schofield has recently joined Nottingham High School as the Head of Cricket, let’s get to know him a little better. Tell us a little about yourself? Originally from South London and was Head of Cricket and teacher of PE at Trinity School, Croydon. Sport is a big part of my life from playing football […]

This month we are celebrating LGBTQ+ History Month. We have a variety of events taking place throughout February for both students and parents. To start the month, our PSHE prefects delivered an assembly with a focus on What it Means to be an Ally to the LGBTQ+ community. As part the assembly we screened a […]